How does the Islamic Sharia Council work? 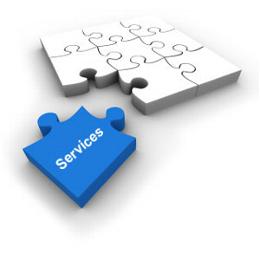 80% of all letters received by the Council are related to matrimonial problems faced by Muslims in the UK. The remaining are related to people asking for Islamic injunctions (fatawa) pertaining to their daily lives. Matters of dispute amongst Muslim groups have been also referred to the Council for resolution.

The majority of matrimonial disputes are initiated by women who are seeking a divorce from their husbands.

*The Council conducts Islamic divorces only: it does not conduct cases as part of the UK legal or judicial systems: for advice regarding a civil divorce, please consult a qualified, legal representative.

Validity of the Council’s divorce certificate

A divorce decision issued by the Council dissolves an Islamic marriage to which it applies only and has no bearing on the status of any coexistent civil contract (one which is recognised as legally binding under UK Law); for a civil divorce, applicants are advised to refer to the UK legal system for assistance in this area.

The Council’s divorce certificates are increasingly recognized in Muslim countries and in embassies of Muslim-majority countries as valid.  English family court judges and solicitors are also treating them as valid religious certificates.  In 2002, an amendment was made to Section 10a of the Matrimonial Causes Act 1973 as follows:

(a) were married in accordance with—

(i) the usages of the Jews, or

(ii) any other prescribed religious usages; and

(b) must co-operate if the marriage is to be dissolved in accordance with those usages.

(2) On the application of either party, the court may order that a decree of divorce is not to be made absolute until a declaration made by both parties that they have taken such steps as are required to dissolve the marriage in accordance with those usages is produced to the court.”

This legalisation allows English Judges to delay the Civil divorce if one or both parties require an Islamic divorce from a Sharia Council. It also accepts implicitly that religious communities such as the Jews and Muslims have marriage and divorce customs which must be respected.