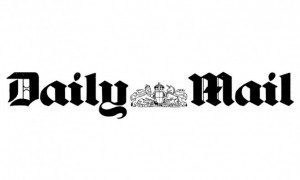 These questions were emailed to Khola Hasan from Guy Adams of the Daily Mail, asking her to elaborate on the claims made against the Islamic Sharia Council by Machteld Zee in her sensationalist book, Choosing Sharia? Multiculturalism, Islamic Fundamentalism and Sharia Councils’. She replied to all questions in full details but unfortunately her response was practically ignored. In order to achieve some balance in this discussion, we produce in full, the discussion that took place.

Questions and our responses

Answer:Firstly, Shaukh Sayyid Mutawalli ad-Darsh, who she calls your “founder.” Is he indeed one of the Council’s founders? On p114, Zee also reports that “in an interview two years before his death, al-Darsh stated that he fully sympathised with the ideas of the international Muslim Brotherhood.” The Muslim Brotherhood is regarded by many as a terrorist organisation and has been accused of holding extremist positions. Does the Council today share its  al-Darsh’s views about The Muslim Brotherhod?

Sheikh Ad Darsh died 18 years ago. To dig up dirt on him shows the level to which Zee is prepared to fall. While I cannot comment on his statements as he is no longer here to defend himself,  please note that the Muslim Brotherhood was not considered to be a dangerous organisation 35 years ago when the ISC was founded.

Answer:The ISC does not support his views on child marriage. The ISC encourages and supports the law of the land regarding the age of marriage. It should also be noted that the minimum age for marriage is itself disputed within Islamic classical law.

Answer:‘Mohammed Abu Sayeed’ and ‘Maulana Abu Sayeed’ is the same person. ‘Maulana’ is an ancient Turkish title given to signify religious authority in the Muslim community. He is currently the Chairman and is also a trustee as specified on the Charity Commission’s website.

Answer: The ISC reports any domestic abuse and violence, particularly relating to rape and sexual assault. We proactively encourage all our clients to report any type of abuse and have even reported abuse to the police and relevant authorities ourselves. Indeed, we have close contact and communication with the police. We completely deny and refute the claims made by Zee in her book that the ISC supports rape or sexual abuse of any kind.

Maulana Abu Sayeed is a highly respected scholar. He was quoting the traditional Islamic discussion regarding rape within marriage. But he has also made clear that he has advised men very strongly that a sexual relationship has to be within a loving atmosphere and that violence cannot be tolerated. He has also advised men that the Prophet (peace be upon him) told men to treat their wives with love, kindness and gentleness.

Answer: The ISC refutes Zee’s claims that Sheikh Suhaib Hasan supports the implementation of Sharia law in the UK. His statement was made more than ten years ago, and was in the context of an academic discussion on classical Islamic law. He categorically denies that he would promote the introduction of Sharia law in Britain. Please note that the Caliphate was the Muslim model of governance for 1300 years, and it gave us the stunning civilisations of Andalusia, the Abbasid caliphate, the Umayyad caliphate, the Mughals in India, the Fatimids in Egypt etc. These were times of utopia for Muslims; the Jews of Europe fled from Christian persecution in Europe to the Umayyad caliphate in Spain. Muslims have therefore often talked about the caliphate with nostalgia and with a wish for the good times of justice, peace and spirituality to return to Muslim countries.

Answer: The discussion was never in the context of Europe. Further, within this discussion in “undercover Mosque”. Shaikh Hasan did not talk about the Caliphate being established in Britain. The Caliphate can only be established in a Muslim country by a legitimate Muslim government. The Jihad he referred to was against non-Muslim aggressors because any country has the right to defend itself against foreign aggression. This does not mean he supports any implementation of Khilafa in Britain. Also, it is very dangerous to quote this in the current context given that this was decades before the establishment of ISIS. Zee has deliberately quoted this knowing the current political  climate, which gives the discussion a nuance that it did not have ten years ago.

Answer: Sheikh Hasan has completely retracted his views on the Protocol of the Elders of Zion since he learnt that it is a hoax document. Please note that many people were taken in by this document. Sheikh Hasan does not harbour any anti-Semitic views; in fact he has a working relationship with Dayan Lichtenstien of the London Beth Din and Rabbi David Hulbert of Bet Tikvah synagogue in Redbridge.

Answer: Please see our complaint to Panorama regarding the claim that Sheikh Hasan condones domestic violence. The undercover reporter in question had made it very clear that she did not want a divorce, and that she did not wish to go to the police. She wanted advice regarding reconciliation.

Answer to Question 9, 10, 11: Haitham al-Haddad was the subject of a lengthy internal review after complaints were made about him by clients. He was dismissed on the 7th April 2015 and his views do not in any way represent the views of the ISC.

12. On page 129, Zee quotes a passage that until recently appeared on your website explaining why two female witnesses will be accorded the same status as one man. “Man’s mind is unifocal while the women’s mind is multi focal. In other words, a man would be fully occupied with the task he is involved with; he may not be distracted by anything else while being engaged in his activity. On the other hand, a woman may be busy in kitchen work and she will be easily alert to a phone buzzer or her infant’s cry from the cradle. In a way, she is found to be more sensitive and active in her delaings. Thus, she ahs got a very praise worthy character but that is not so good for a case of testimony which requires more attention and concentration. What is wrong, then, if a second woman is needed, only to remind her if she fails to deliver her testimony completely. So it is a case of verification of the testimony, not that of degradation to the status of women at all.” Many would regard this as deeply sexist. Was this why it was removed from your website? And why was it on there in the first place?

Answer: A short article on women witnesses was written by a trainee and placed on our website. It used traditional archaic arguments that modern reform scholars do not use. When it was seen by the scholars it was immediately removed. It was a mistake and was immediately rectified.

Answer: Furqan Mahmood (Zee could not be bothered to get the name right) was also dismissed after an internal review more than two years ago, on 22nd August 2013. His views do not in any way represent the views of the ISC. You are welcome to ask him for his opinions, but please do not attribute them to us. Furthermore, we do not use the word ‘qadi’ to describe our scholars, as we are not a court. We use words such as scholar, Sheikh, Maulana and Ustadha. Zee has deliberately used the word qadi (judge) to give the impression that we are part of a parallel legal system. This is a lie.

Answer: Sheikh Hasan is a compassionate man who does not laugh at the misery of people. We challenge Zee’s account that he laughed at a woman whose husband was abusive and a bigamist. She needs to prove this in a court of law.

Answer: Polygamy is a choice that men and women make, just as adultery and one-night stands are choices that others make. We make it very clear that polygamy is illegal in Britain. But we cannot police private bedrooms. Prince Charles is reputed to have spent the night with Camilla Parker Bowles the night before his marriage to Diana. Diana spoke of the three people in her marriage. The Council does not deal with marriages but divorces, so it is not responsible for polygamous marriages that take place outside the office.

Answer: We deal with hundreds of women every year. 80% of our clients are women, and 95% will get their religious divorces. Vulnerable women would not recommend us to other people were it not for the compassion that is shown to them at the office.

Zee gave the example of a woman coming to the Council for 2 years, desperate for a divorce. This is despite the fact I explained that the client in question had put her divorce on hold three times in two years as she had chosen to reconcile with her husband. She is described as crying, but Zee does not explain that she is crying because of her husband’s actions.

Answer:Haddad, Furqan and one other member of staff were dismissed. Please note that our management take our policies and procedure very seriously.

Answer: We have not yet filed a complaint about Zee’s thesis as we have been busy dealing with the barrage of calls from the media regarding the article in the Independent, as well as the furore surrounding Donald Trump.